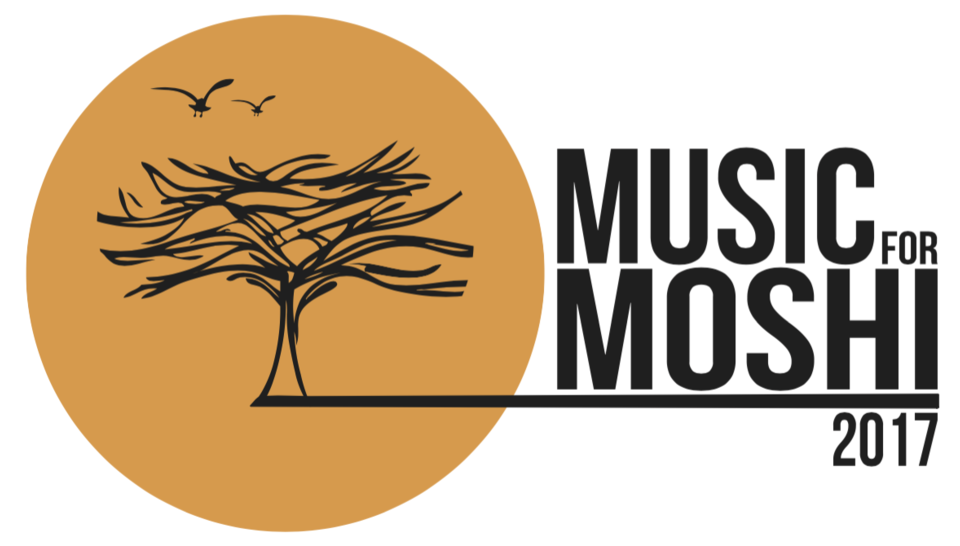 ‘Music For Moshi’ is a biennial charity music festival held in the Adelaide Hills. All proceeds support CAPDA’s work with children with disabilities in Tanzania. This year we hope to raise over $20,000. Please help up reach this goal and show your support by getting involved in this incredible event.

The entertainment will kick off at 3pm and consists of a range of solo artists and bands. The final line-up up will be revealed in a matter of days!

Children with disabilities grow into adults with disabilities. And without some basic life skills and earning capacity they are often drawn deeper and deeper into a circle of poverty and disadvantage.

Over the past six years CAPDA has been focusing on meeting the basic therapeutic and medical needs of children with disabilities in Tanzania, and on setting up pilot vocational education programmes.

Now we would like to take this to the next level.

As well as supporting CAPDA’s therapeutic and community outreach work, the funds raised from Music for Moshi 2017 will go towards supporting our long-term partner, Gabriella Children’s Rehabilitation Centre, to establish a community business and training programme teaching young adults with intellectual disabilities to manufacture pavers and bricks.

With appropriate training and oversight, the aim is to equip these young people with the skills and equipment to work in local businesses, or even to set up their own business. Gabriella Centre will provide ongoing support, and continue to monitor the sustainability, quality control, and community acceptance.

Music for Moshi 2017 will build on our past successful programs at Gabriella Centre. The last concert funded their vocational education programmes in market gardening and animal husbandry, which are still going strong!

Tickets are now on sale!

$95 per person including live music, food and beverages for the day!

To purchase your ticket, jump onto www.musicformoshi.com.au/tickets

Your ticket to Music For Moshi includes food and beverages for the entirety of the day. We have some great sponsors on board who will ensure you won’t be thirsty. Vale Ale will once again be pouring their delicious beer and this year we have their cider as well. Hugh Hamilton Wines will be refreshing you with crisp whites and light reds. D&D Catering in collaboration with Lakeside Premium Angus, amongst other sponsors, will be arranging a spread of food to suit everyone’s taste buds.

Take advantage of the Snap!Snap! photo booth for a souvenir of the night, and leave a bid on the a silent auction! Prepare yourself for a plethora of artworks, services, goodies from local businesses and so much more ready to be snapped up on the night.

Well, Born to Run, was a storming success. Thank you to everyone who came along and to the brilliant musicians who entertained us! Ryan Oliver kicked off the night with a touching solo rendition of Springsteen’s Nebraska, and Max Savage and the False Idols brought down the house with a rousing performance of Born to Run.

And of course the night would have been impossible without the generosity of Nexus Arts (the venue), Coriole (the wines), Udder Delights (the cheeses), and all the behind-the-scenes helpers, especially Sally and the tireless organising committee.

The money raised will make a huge impact in Tanzania. We’ll keep you posted. 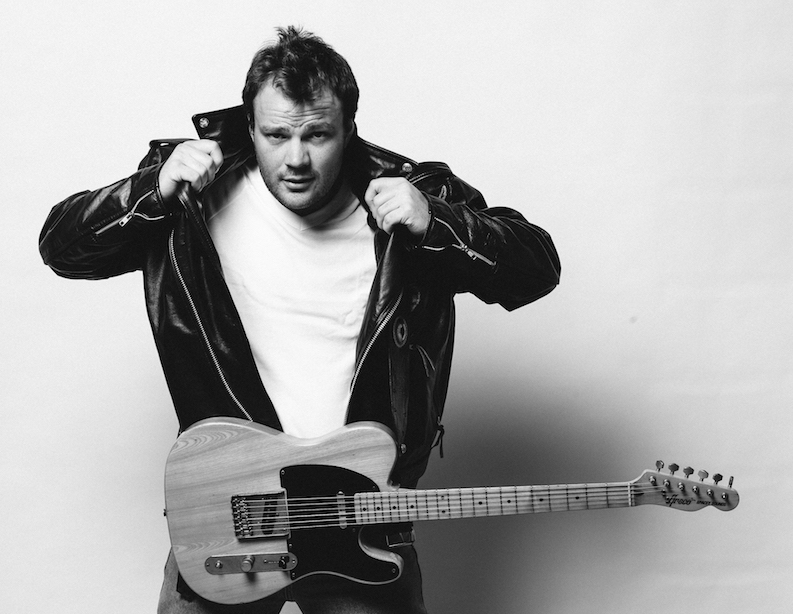 A night of music to raise funds for children and young people with disabilities in Tanzania, Africa.

Enjoy wine from Coriole and listen to two great artists recreate two classic albums for a wonderful cause. Off the back of his sold out performance of Van Morrison’s ground-breaking album, Astral Weeks, local artist Max Savage will treat audiences to a once-off performance of Bruce Springsteen’s 1975 classic, Born to Run with an all-star line-up of local musicians. Savage will be supported by Adelaide export Ryan Oliver (Oliver’s Army) who will play another hit record from the Springsteen catalogue; 1982’s Nebraska.

All ticket sales for the event will support local Adelaide Hills-based aid and development organisation Community Action for People with Disabilities in Africa (CAPDA). Working closely in partnership with disability service providers in the Kilimanjaro Region of Tanzania, CAPDA aims to improve access to health, education and livelihood opportunities for Tanzanian children and young people with disabilities.

Work has just begun on repairing and fitting out a classroom at Wiri near Moshi. This will allow 12 children with intellectual disabilities to attend the local school and have afternoon vocational education lessons. Kids with disabilities in Tanzania often miss out on an education, so this can make a real difference to their lives. And it’s all thanks to the wonderful folks who attended Music for Moshi! 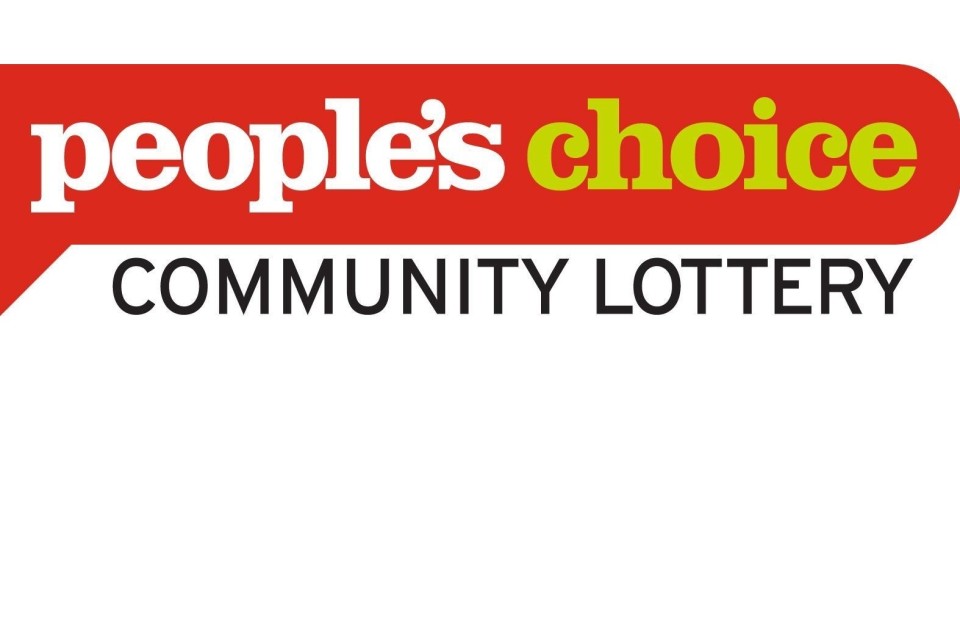 CAPDA is participating in the 2015 People’s Choice Community Lottery. Our target of $3000 will provide 15 children with wheelchairs and other mobility aids, which will allow them to better access services, interact socially, and engage with education and vocational training.

The prizes are fabulous, and it’s for a great cause. Click here or contact us to buy your tickets!

On 14 February 2015 – drawn by the promise of good music, good company, good food and drink, and a good cause, with the temperature soaring above 40° – a crowd of over 350 people descended on a picturesque valley in the Adelaide Hills to attend Music for Moshi, a biennial concert raising money for CAPDA.

All told, the concert raised over $13,000 for CAPDA’s work in Tanzania. This contribution will be used to provide practical material assistance to disability agencies in Moshi.

The first tranche has already been used to support 150 carers and children to join in the Kilimanjaro Marathon Fun Run – raising awareness for disability issues and giving children a rare opportunity to participate in an internationally recognised event. Four disability agencies came together for a fabulous day of community participation – they ran (or walked or travelled in wheelchairs!), enjoyed breakfast and drinks, and received a participation gift of soap, rice, oil etc, and sold goods made by youth with disabilities. This was a great way for locals to learn about the children and youth with disabilities in their community.

CAPDA would like to thank the wonderful organising team – Isabel, Charlotte, Nick, Henry and James, as well as Ron, Lyn and the rest of the van den Brink family – who made it such a magnificent night! Our thanks also go to the sponsors ( Hugh Hamilton Wines, Lakeside Premium Angus, Lobo cider, McLaren Vale Beer Company, and others) and to the tireless team of volunteers who worked the bar and the barbecue. 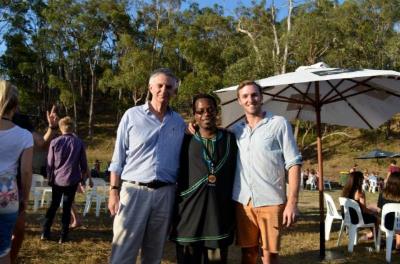 On a balmy night in February more than 300 people gathered at a property in the Adelaide hills for Music for Moshi, a private function featuring live music, food and wine in a magnificent setting.

South Australian musicians contributed their talents to entertain the crowd, and local businesses provided meat on the spit, beer, wine and cider at low cost to support the event.

The event was the brainchild of brother and sister Nick and Isabel Van Den Brink and their family, with all profits donated to CAPDA.

The target of $5000 was met from ticket sales, but there was also a silent auction and donation tins which raised nearly as much again!

Part of the money raised will go towards improving continence management for children with spina bifida. The rest will provide basic equipment such as beds and mattresses and mosquito nets at the Gabriella centre outside Moshi. It will also establish a community garden for the children and teenagers who attend the centre.

Also enjoying the music were much of CAPDA board, and Tanzanian Honorary Consul in South Australia, Sossi Msomi.

The night was such a success that the Van Den Brinks are considering holding another concert in the future!