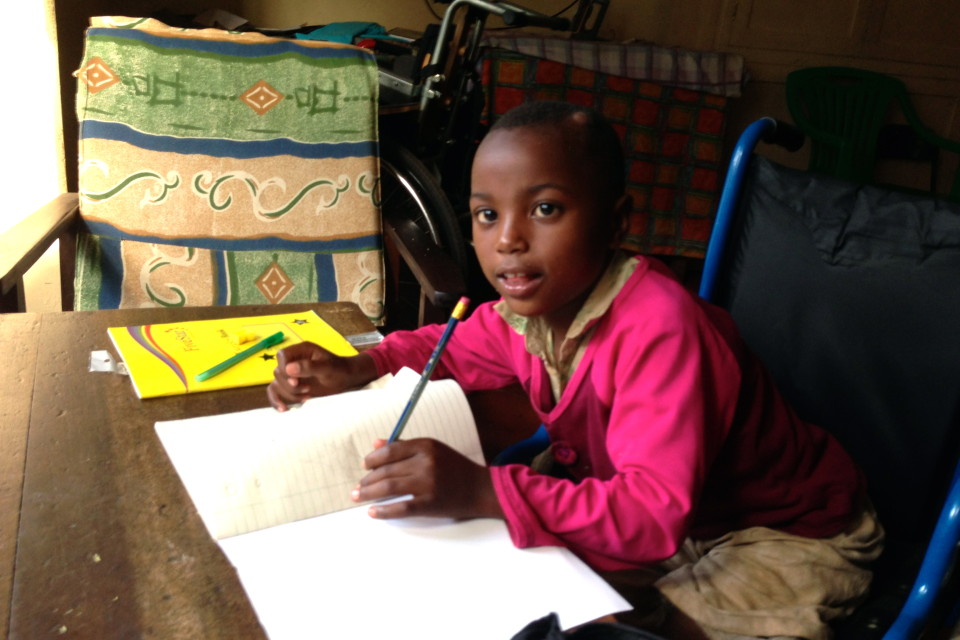 Oscar stole the heart of Sara, Capda’s Program Manager in Tanzanaia. Here is part of his story:

Oscar is 7 years old living in Kibosho in a family of 5 children including him. He is smart, and can communicate well… He wants to know everybody and what they are doing. He also wants to go to school. When he received his chair. He suddenly changed, he became shy. I think he realized what he can do from now! He then said “I will go to school, I will learn and become a doctor”

Indeed in July Oscar held a pencil for the first time (see photo) and his mother can now take him to school.